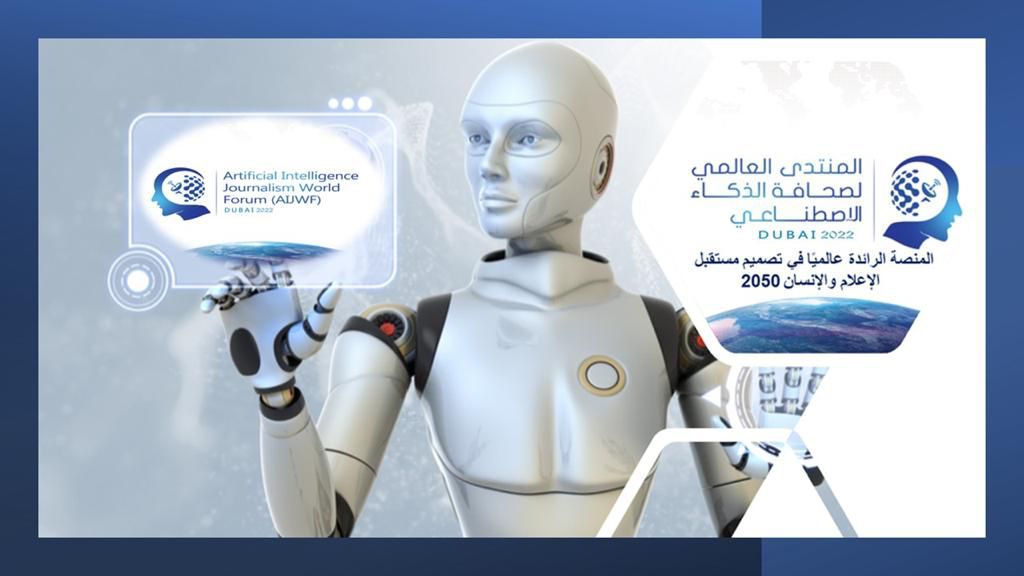 “In the first edition of the Forum, we explored the situation and future of the media industry, and in the second edition we will discuss more in-depth topics”.

“The forum is unique and one of its kind in the world”.

We are developing applications for smart governments and I’am happy to participate in the first and second editions of the forum.

In the beginning, a video was shown summarizing the first edition of the forum, which was held last March in Dubai. Then Dr. Radwa Abdel Latif, Director of Strategic Planning and Media, presented a brief overview of the guests participating in the press conference. At their head is Professor Dr. Ibrahim Al-Jarrah, the great Jordanian scientist who was recently chosen as one of the most important artificial intelligence scientists in the world.

Dr. Ibrahim Al-Jarrah expressed his happiness and said that the forum is one of the unique forums of its kind in the world, as it focuses on how to use artificial intelligence and big data analysis in the media and the press. He added that this edition will be distinguished by the axes that it will focus on, the most important of which are the successive developments in the field of artificial intelligence and the increasing use of it significantly in the field of media, especially in the analysis and archiving of data on images and video and its use within news releases.

The forum will also focus on the uses of artificial intelligence in the fields of education, healthcare, and smart cities.

Artificial intelligence and the human mind

Then from France, Prof. Eunika Mercier Laurent, President of the International Federation for Data Processing (IFIP), the initiative launched by UNESCO in 1970which brings together all researchers and experts in the field of artificial intelligence and international communications stated that she was happy to be on the advisory body of the Global Forum for Artificial Intelligence Journalism, adding that her work made her interested in all initiatives in the field of AI and that she believed that the focus should be on the ability of artificial intelligence as techniques that help humans and not as a technology that came to replace it.

“at the beginning that we are trying to foresee and lay the foundation in the field of media studies and the fourth and fifth industrial revolutions.” said Dr. Mohamed Abdulzaher, CEO of AIJRF and founder of AIWF , and he explained how the AI tools and solutions can be integrated and leveraged in relation to their integration into the media.

He pointed out that ​​the forum is the idea of ​​the foundation’s work team, whose aim is to highlight an annual event that brings together researchers, academics, media professionals, and global research centers that can foresee and employ the technologies of the Fourth Industrial Revolution.

Also, he mentioned that the forum in the last edition foresaw the reality of the media, but the next one will discuss more in-depth topics.

Then, Dr. Mohamed Abdulzaher reviewed the topics of the forum, which will be held this year under the title “Post-Covidization of Media Industry, new tools, and technologies that lead the future of media during the next decade”.

Topics of the second edition of the forum:

Then Dr. Rasha Hegazy, Director of Training and Programs, spoke about the mechanism for receiving research papers for the forum in both Arabic and English.

Also, she pointed out that the scientific journal will be published in mid-April, and there will be a special edition for the forum.

To send ideas and abstracts of research and research in full to the e-mail:

Does Artificial Intelligence Detect Fake News or Create it?

Globalization 4.0: The Future of Media in the...