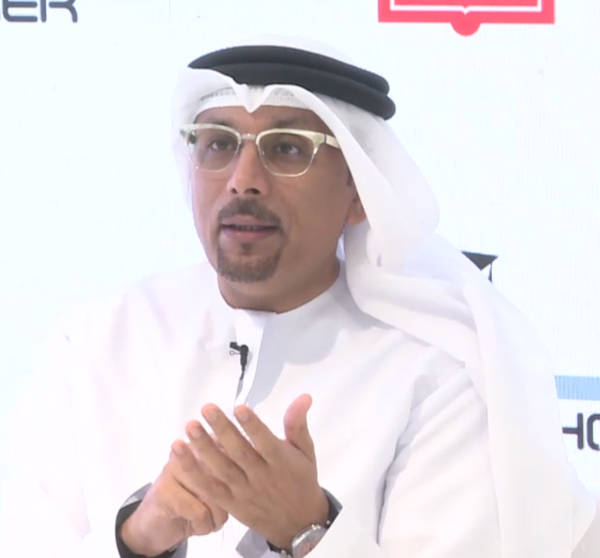 Artificial Intelligence Journalism for Research and Forecasting (AIJRF), the UAE-based leading global institution in media studies and artificial intelligence has announced the appointment of H.E Professor Abdullatif AlShamsi, President & CEO of the Higher Colleges of Technology (HCT), the UAE’s largest applied higher education institution, to the AIJRF Advisory Board.
Professor AlShamsi will be a keynote speaker at the Artificial Intelligence Journalism World Forum (AIJWF), to be held in March 2022, at Expo 2020 Dubai.

“It is a great honor for me to join the AIJRF Advisory Board, a leading think tank in forecasting the future of the role of AI in society and the media,” Professor AlShamsi said.

“One of the most important objectives for the HCT is to provide optimal and job-relevant, applied higher education to equip future generations with the knowledge, skills and competencies that meet international standards, as well as the future needs of UAE industry and society. Moreover, those requisites need to be compatible with, and complementary to, the technologies of the 4th Industrial Revolution and future, advanced technologies, which are aligned with the UAE’s vision for the next 50 years,” Professor AlShamsi said.

“As a global leader, the UAE has accomplished many great achievements and successes in the integration of emerging technologies into daily life and the business sector, to the benefit and wellbeing of its citizens and residents. Due to the foresight of its leadership, our nation has made great progress in many global indicators, including government readiness for the future, intelligent infrastructure, and youth empowerment in the field of information technology,” he added.

A Lead with Futurist Mindset

Dr. Mohamed Abdulzaher, pioneer of Artificial Intelligence Journalism and CEO of AIJRF said: “ “Today, AIJRF is honored to have H.E Professor Abdullatif Al Shamsi as a new member in the AIJRF Advisory Board, an Emirati leader who has a futurist mindset, and one of  the most influential educational leaders in the Arab region in the field of technology and exploring the future of human skills.”

“AIJRF’s  mission  is to reach the largest number of students and researchers in all fields in the Arab region, and to enhance the role of advanced technologies and artificial intelligence in designing  the future of the Arab region and focusing on what kind of benefits people will reap in daily life.” Added Dr. Abdulzaher, member of the AIJRF Advisory Board.

Professor AlShamsi received his Ph.D. from Duke University, USA in 1997 and received his master and Bachelor degrees from Boston University. He is the President & CEO for the Higher Colleges of Technology as per Federal Decree (29) for 2015.
Prior to his appointment in HCT he was the Managing Director of the Institute of Applied Technology (IAT), from 2007 to the end of 2014, where he established the Applied Technology High Schools (ATHS), the Fatima College for Health Sciences, and Abu Dhabi Polytechnic.
He started his career at UAE University as associate professor. His appointments at UAE University included the post of Assistant Vice Chancellor for Research, where he founded a University-wide Internship and Work Integrated Learning (iWIL) program.
Prof. AlShamsi has more than thirty-five research publications in world-class scientific journals and international conferences. His latest publication is a series of books published in Arabic titled: “The Make of Education.” Prof. AlShamsi is a winner of the Federal Personality Award in its fifth edition, which is granted by HH Sheikh Mohammed Bin Zayed Al Nahyan, Deputy Supreme Commander of the UAE Armed Forces, and Chairman of the Emirates Center for Strategic Studies and Research (ECSSR).
Prof. Al Shamsi is the first Emirati to be awarded a Principal Fellowship by Advance HE, of the UK. He had the title of Full Professor bestowed upon him on September 19, 2021 by H.E. Nasser Bin Thani Al Hamli, Minister of Human Resources & Emiratization and Chairman of the HCT Board of Trustees.
He is the recipient of a Global Award 2021, awarded by CEO Today, and was named in the top 100 CEOs of 2020 by CEO Today Magazine. In April 2021, he was included in the Arab Power List by Arabian Business magazine and was named as a Fierce Educator in March 2021 by Fierce Education.
Prof. AlShamsi is currently the Vice Chairman of the Board of Trustees of the Institute of Applied Technology (IAT). He is the Deputy Chairman of the Abu Dhabi Maritime Academy (ADMA), as well as Board member of the Board of Directors of the Emirates Schools Establishment. These are in addition to his membership of several higher committees and educational advisory councils, such as the Higher Education Coordination Council, and the Higher Committee for Aqdar World Summit.

Artificial Intelligence Journalism World Forum (AIJWF) is the first global platform and an annual event, where it brings together academics, media professionals, AI development companies, educational institutions, and government entities to forecast the Fourth and Fifth Industrial Revolutions technologies and its impact on the future of human.

AIJWF’s first edition has been launched in March 2021, and it was headed by Professor Farouk El-Baz, the Egyptian American space scientist and geologist, with the participation of more than 50 universities, think tanks and more than 200 researchers and journalists from 20 countries.

AIJWF managed by the Artificial Intelligence Journalism for Research and Forecasting (AIJRF), the UAE-based world’s leading platform, in designing the future of media and touching human lives.

AIJWF also manages and issues the Global Artificial Intelligence Journalism Index‎ (GAIJI) , which is designed to measure, track, and visualize the performance of media companies in using AI Journalism technologies in producing, publishing, and promoting content.

AIJRF has the advanced skills in training, teaching, searching, and forecasting through its advisory board, plus three skilled teams, which are academic, editorial, and media team, in cooperation with various research institutions and universities, and specialized groups of academics and researchers in US, Euro, Asia, and Medial East. They speak and edit in five different languages: Arabic, English, French, Italian and Spanish.