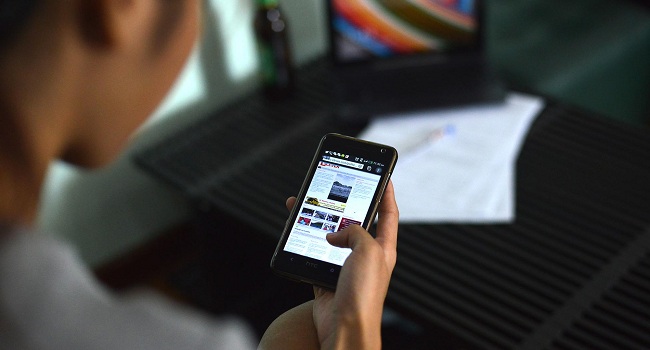 “Fake News” phenomenon is as old as human, not related to a specific time but related to the development of communication tools between people across the ages.

Fake News has long been used in wars and conflicts between nations, and even among different groups within one country or a city.

It’s has a great progress after the Third Industrial Revolution, Internet and Social Media, which create Fake News as a huge industry, with big players everywhere,

The term fake news got much importance with the electoral race in North America and Western Europe.

Twitter CTO Parag Agrawal says its acquisition of Fabula is “to improve the health of the conversation, with expanding applications to stop spam and abuse and other strategic priorities in the future.”

In 2016, Facebook Inc.›s artificial intelligence know-how could be applied to some of its most pressing problems, company executives said, if the social network creates policies to guide use of the technology.

“ Technology could be used to help stamp out fake news or detect violence in live videos by filtering the content on the site.

Fake News phenomenon has come to the center of public and political attention since 2016, with the suspicion that several electoral events (elections in the U.S. and in France as well as referenda in the UK and Catalonia) have been tampered with.

In all cases, the role of social media platforms as major vectors of such disruptive phenomena has been questioned, especially with scandals such as Cambridge Analytics use of data from Facebook, and court cases such as Internet Research Agency vs. according to Societal costs of “fake news” in the Digital Single Market report (European Parliament).

When BBC Future Now interviewed a panel of 50 experts in early 2017 about the “grand challenges we face in the 21st century” many named the breakdown of trusted information sources.

“The major new challenge in reporting news is the new shape of truth,” said Kevin Kelly, co-founder of Wired magazine.

“Truth is no longer dictated by authorities, but is networked by peers. For every fact there is a counter fact and all these counter facts and facts look identical online, which is confusing to most people.”, according to A Pew Research Center study.

The impact of fake news

Americans worry about Fake News, because they found that: after the 2016 election, they found that 64% of adults believe fake news stories that cause a great deal of confusion and 23% said they had shared fabricated political stories themselves – sometimes by mistake and sometimes intentionally.

According to A Pew Research Center study, the rise of “fake news” and the proliferation of doctored narratives that are spread by humans and bots online are challenging publishers and platforms.

Those trying to stop the spread of false information are working to design technical and human systems that can weed it out and minimize the ways in which bots and other schemes spread lies and misinformation.

Now in the Fourth Industrial Revolution, there are many tools can be used to extend Fake News industry, that will be available for big players to gain more money and reach their goals. In the meanwhile, AI Journalism can create very strong tools to watch and control the credibility of the content, Media and news, which would be a big wall in the face of Fake News.

Although some researchers consider Facebook and Twitter not a media production like the traditional media. However, both are the largest social media platforms worldwide, where they help to post and re-publish millions of daily news, targeting more than 2.5 billion active users around the world in more than 20 languages.

It is important that these platforms using AI Journalism tools, to contribute in publishing the right content, and to fight Fake News.

Crowdfunding is like astroturfing, except that its fake militancy is machine generated to attack e-commerce platforms that function on crowd sourcing like Amazon and TripAdvisor.

Social bots are opinion-faking programs that can repost “fake news” at determined intervals of time and have the capacity to link onto feedback loops that augment polarization.

Botnets or zombie networks can be computers commandeered to execute malevolent cyber-attacks at a distance, either by altering the usual function of targets or by stealing targets› data or funds, according to Societal costs of “fake news” in the Digital Single Market report (European Parliament).