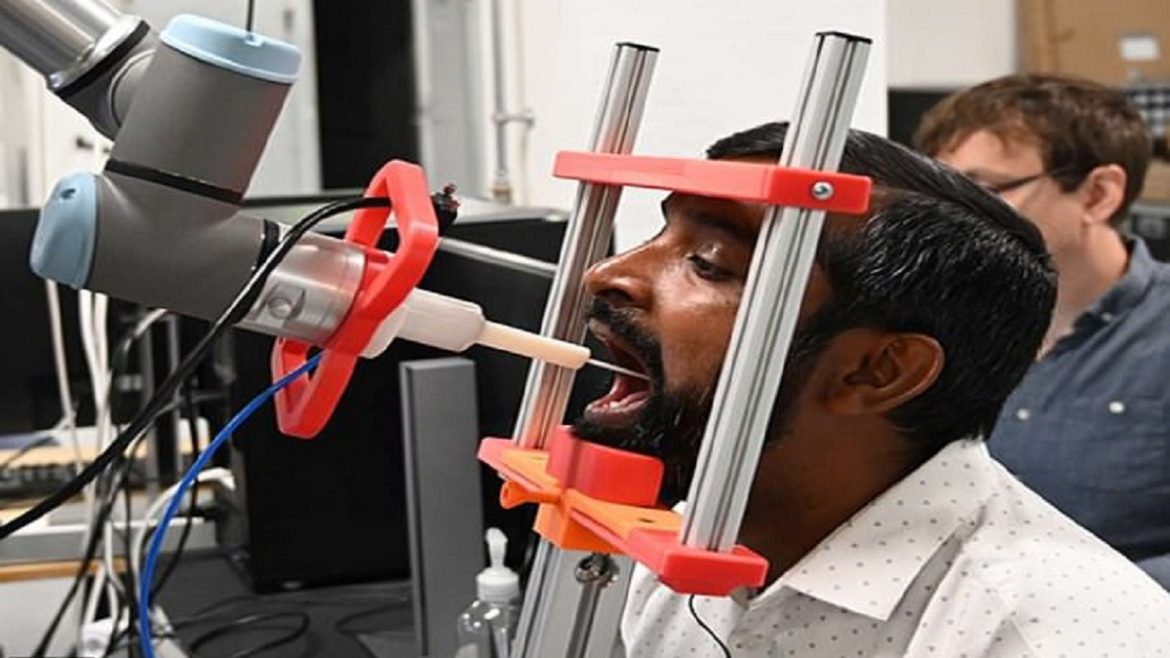 The report says that using disposable 3D printed parts, the robot holds a swab and hits the exact spot in the throat.

It puts the swab in a glass and screws the lid on to seal the sample without human input – reducing the risk of exposing healthcare workers to the deadly virus.

The report indicated that the team of ten researchers for the Industry 4.0 Lab at the University of Southern Denmark worked around the clock to produce the prototype of the robot.

They said the goal was to create something that would reduce the risk of infection for healthcare staff when carrying out throat swabs.

The report stated that Professor Thiusius Rajeeth Savarimuthu of SDU Robotics, developed the robot after talking to healthcare workers – it was his first project after COVID-19 appeared.

He was also the first person to test the robot, saying ‘It went really well. I’m still sitting here’.

‘I was surprised at how softly the robot managed to land the swab at the spot in the throat where it was supposed to hit, so it was a huge success,’ he added.

Savarimuthu said-according the report- he hopes the robot will be able to take over the throat swabbing work both in relation to COVID-19, but also in all future viruses.

Artificial Emotional Intelligence and Its Influence on...

Does Globalization 4.0 Create a new humanitarian...