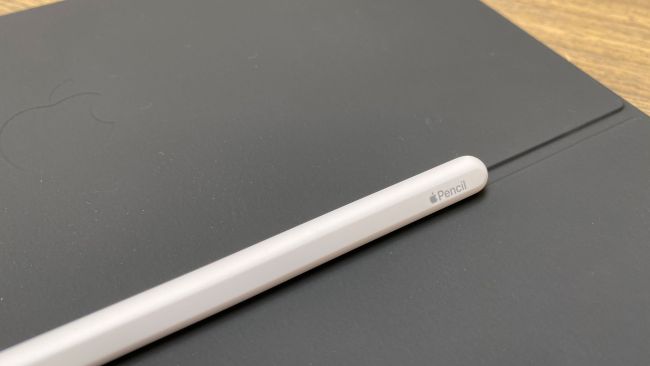 Dubai – AI Journalism
Apple has earned some fascinating and, frankly, bizarre patents in recent weeks. But none compare to its latest invention: an Apple Pencil that works on any surface, according to laptop mag.

Titled “Content creation using electronic input device on non-electronic surfaces,” a newly-granted patent describes a new type of Apple Pencil that can write or draw on non-touch surfaces, and even the air.

How does this sorcery work? The stylus transmits a signal that sensors, or receivers, on a MacBook or iPad can detect when the tip of the pen contacts a surface. Since it wouldn’t need direct contact with a touch screen, as required by conventional stylii, the futuristic Apple Pencil could theoretically work on any material.

It only gets better. The patent suggests the stylus could work without a secondary device, like a MacBook or iPhone. If the Apple Pencil has built-in receivers, it could track its own movements, store them in memory, and upload them when connected to another device.

This might already sound like a crazy sci-fi concept but Apple doesn’t stop there. It goes on to describe how the pen can work without a surface at all — and only needs to track the movements of the pen, not what the tip touches. Yes, that means you could draw or write by simply waving the stylus in the air.

If all of this sounds familiar, it’s because the patent was originally filed in 2017. It wasn’t granted until earlier this week. You can read the entire patent here, but be warned, it’s pretty exhaustive and gets rather technical.

As a Tool of the Fourth Industrial Revolution: How Do Drones Prevent the Spread of Coronavirus (COVID-19)?