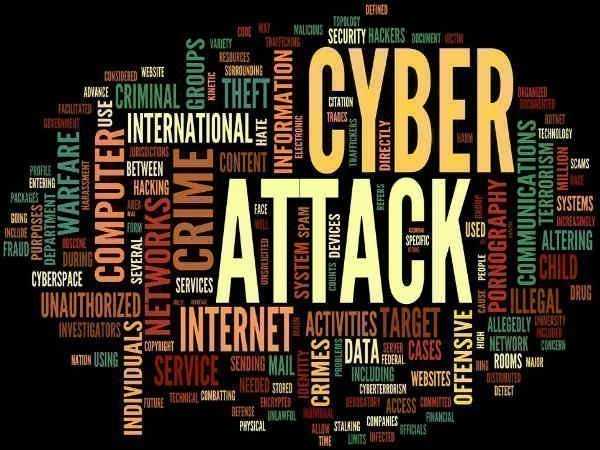 Globally, there are many countries suffering from repeated cyber-attacks on their government systems, institutions, which cost governments billions of dollars annually in setting up protection systems, or fixing those corrupted by these attacks.

Many losses are difficult to fix, such as: Information and data theft, or international money transfers and bank attacks. The global cybersecurity market was valued at $118.78 billion in 2018, and is expected to reach $267.73 billion by 2024, registering a CAGR of 14.5%, during the period of 2019-2024. The rise in trend for IoT, BYOD, AI and machine learning in cybersecurity is increasing. For instance, machine learning provides advantages in outlier detection, much to the benefit of cybersecurity. Machines can handle billions of security events in a single day, providing clarity around a system’s activity and flagging anything unusual for human review, according to the Cyber Security Market – Growth, Trends, and Forecast (2019 – 2024). I do expect that the global cybersecurity market will be valued around $500 billion by 2030.

We are witnessing millions of cybercrimes. It’s not just about more sophisticated weaponry; it’s as much about the growing number of human and digital targets. For example in 2025, the total global worth of IoT technology could be as much as $6.2 trillion— most of that value is from devices in health care ($2.5 trillion) and manufacturing ($2.3 trillion) , according to Intel.

Adoption of M2M/IoT connections demands strengthened cybersecurity in enterprises. This is driving the market, as the emerging business models and applications are coupled with reducing device costs, which have been instrumental in driving the adoption of IoT, and consequently, the number of connected devices, such as connected cars, machines, meters, wearables, and consumer electronics. On the other hand, several other smart city projects and initiatives are ongoing, and by 2025, it is expected that there may be around 30 global smart cities and 50% of these may be located in North America and Europe, which will demand high cybersecurity for prevention.

Media and the security breaches: The threats will be greater for the global media; especially those considered official and governmental, such as government newswires. Any data security breach of these media is a breach of the sovereignty of those countries, and it may cause more political disputes or conflicts between countries.

Also, news security breach of international newswires such as Reuters, BBC or Washington Post, for example, may cause huge losses in financial markets, or lead to wars between countries. For example, if Thomson Reuters ‘hacked’ into “Financial Markets” and publishes news about the decline of Apple’s share by 50% globally; within a few seconds or a few minutes, a global catastrophe will occur in the price of the technology giant and losses of billions.

The risks facing the media are increasing, with its huge growth, consistent with the Fourth Industrial Revolution and increasing of numbers of tools and institutions that rely on high-speed internet which will be available at very meagre price and may also be free in many countries.

This maximises the role of the Artificial Intelligence Journalism, as the AI Journalism can contribute strongly to addressing the cyber security threats against the media through several stages:

First stage: Before the cyber-attacks

Artificial Intelligence provides daily, around-the-clock analyzes of Big Data for all global trends of cyber threats and ways to protect of them; provide a huge database of the evolution of those threats over the years, and how they became globally, which contributes to providing good protection against those threats.

It relies on Artificial Intelligence to analyze data, and to monitor such threats first, before they reach media platforms or try to penetrate them.

Second: During the cyber-attack

Artificial Intelligence Journalism tools can provide safer protection methods, for all news is available in a series of a Blockchained-News technology, and it relies on artificial intelligence technologies to fend off cyber-attack, with full archival information available on various forms of threats, their severity and methods of protection from them.

Moreover, these tools are able to copy all data and send them to “backup servers” away from the targeted servers, quickly and automatically.

It is very possible that with the advancement of cyber-attack technologies, it will succeed in breaching the technologies of Artificial Intelligence Journalism, or the tools of information global protection in various institutions.

But Artificial Intelligence Journalism tools are characterized by its ability to create hundreds of first-hand backups of correct news, and information, protecting them, if they are stolen or counterfeited.

Can AI Protect Us From Cybercrime Rises During Covid-19 Pandemic?

[…] area where AI can help people protect themselves and their businesses is cyber security. Humanity is experiencing an unprecedented crisis with the coronavirus that is generating fear, […]

Why Does UAE lead the Region in...