Top Posts
” Marketing Metaversers ” New Concept for Mohamed...
AIJRF launches Media of Metaverse International Research Group...
AI Race Heats Up With New Player Entry
Google and Other Giant SEOs, ChatGPT is Coming...
UAQU and AIJRF Sign MoU to Integrate Artificial...
Artificial Intelligence Virtual Friend, the enemy of traditional...
Future Curveballs Can Be Prevented With Metaverse Education
Everything You Need to Know About the AI...
It’s inevitable, no more Phantasmagoria, all acquiesce to...
AIJRF Organizes Monthly Seminar to Discuss Ideas and...
Home 4IR Artificial Intelligence: Autonomous boats could be your next ride
4IRArtificial IntelligenceReports

Artificial Intelligence: Autonomous boats could be your next ride 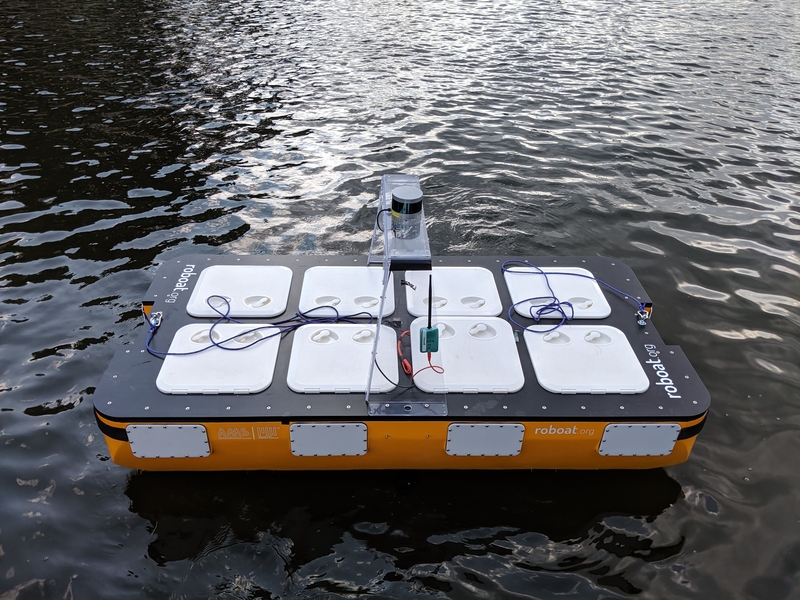 Five years in the making, MIT’s autonomous floating vessels get a size upgrade and learn a new way to communicate aboard the waters, Over these past years, researchers from MIT’s Computer Science and Artificial Intelligence Laboratory (CSAIL) and the Sense able City Lab have been working on the world’s first fleet of autonomous boats to deploy in the City of Amsterdam, the Netherlands according to Inceptivemind

The report said that, last year, we saw autonomous floating vessels capable of assembling themselves into a series of floating structures for various uses, and now CSAIL has added a new, larger vessel to the group: “Roboat II.” Sitting at 2 meters long, the new robotic boat is capable of carrying passengers.

the team also created navigation and control algorithms to update the communication and collaboration among the boats.

“Roboat II navigates autonomously using algorithms similar to those used by self-driving cars, but now adapted for water,” says MIT Professor Daniela Rus, a senior author on a new paper about Roboat and the director of CSAIL. “We’re developing fleets of Roboats that can deliver people and goods, and connect with other Roboats to form a range of autonomous platforms to enable water activities.”

Report said that self-driving boats have been able to transport small items for years, but adding human passengers has felt somewhat intangible due to the current size of the vessels. Roboat II is the “half-scale” boat in the growing body of work, and joins the previously developed quarter-scale Roboat, which is 1 meter long. The third installment, which is under construction in Amsterdam and is considered to be “full scale,” is 4 meters long and aims to carry anywhere from four to six passengers. another team from MIT CSAIL and Senseable City Lab, also led by Wang, came up with a new control strategy for robot coordination.

It added that, When a passenger pickup task is required from a user at a specific position, the system coordinator will assign the task to an unoccupied boat that’s closest to the passenger. As Roboat II picks up the passenger, it will create a feasible path to the desired destination, based on the current traffic conditions.

Then, Roboat II, which weighs more than 50 kilograms, will start to localize itself by running the SLAM algorithm and utilizing lidar and GPS sensors, as well as an inertial measurement unit for localization, pose, and velocity. The controller then tracks the reference trajectories from the planner, which updates the path to avoid obstacles that are detected to avoid potential collisions.

Disney robot with human-like gaze will stare you down

A new AI program can listen to you cough and discern whether you have the coronavirus.

Does Globalization 4.0 Create a new humanitarian...