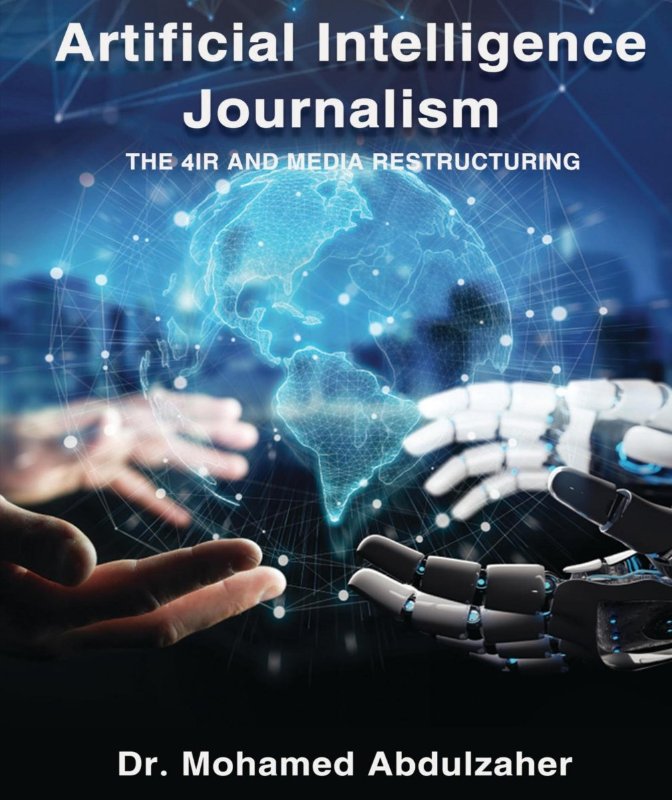 Predictions say that the Fourth Industrial Revolution and AI technologies could contribute to the revive of the global economy, increasing global media spending, the emergence of tens of thousands of TV channels and tens of thousands of satellites that will revolutionize the media industry.

In first AI Journalism book , published in Arabic and English, entitled “Artificial Intelligence Journalism, the Fourth Industrial Revolution and Media Restructuring,” the writer of the book, Dr. Mohamed Abdulzaher said that the world is expected to invest more than $ 5 trillion in AI technologies up to 2050.

This contributes significantly to the growth of Artificial intelligence, compared to what is currently spent, estimated at only $ 12.4 billion, and could reach $ 232 billion in 2025, according to the KPMG report.

In the book, Abdulzaher deals with the most important features of the new era of media, and the concept of Artificial Intelligence Journalism .

He added that the AI sector is also expected to contribute more than $ 50 trillion to the global economy by 2050 which is about 20% of the global GDP at that time, according to some estimates.

The writer is a media consultant for UAE Government, Communication Office and a specialist journalist with more than 19 years working experience in media organizations such as BBC, United Nations and Thomson Reuters Foundation.

He holds a PhD in “Media and Smart Phone Applications”, the book is published by Artificial Intelligence Journalism for Research and Forecasting Foundation in UAE, and Badael Publishing and Distribution in Cairo.

OpenAI’s Language Generator GPT-3 is Getting A...