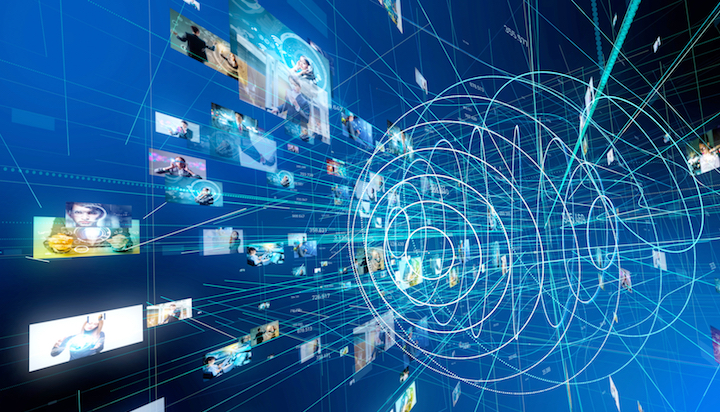 How might the traditional television and video industry completely reinvent itself in the Artificial Intelligence Journalism era?

The Fourth Industrial Revolution technologies are a tool to shake up the entire value chain:

Will the global mega-trend of consumer video-on-demand (CVOD) continue or be surpassed by an emergent trend, which I call, AI video-on-demand (AIVOD) which delivers content to consumers without searching.

The major players operating in the global subscription video on demand (SVOD) market are AT&T INC. (US), ZTE Corporation (China), Cisco Systems Inc. (US), Amazon Inc. (US), Verizon Communications Inc. (US), Muvi LLC (US), Netflix, Inc. (US), VUDU, Inc. (US), SKY PLC (COMCAST) (UK) and Hulu (US) among others.

According to Deloitte research “The future of the TV and video landscape by 2030″.

there are six statements outline the key future developments in the TV and video industry which can be clearly foreseen:

All-IP becomes the standard for TV and video distribution. Fiber infrastructure and 5G networks will handle the massive increase in digital traffic caused by an increasingly flexible and mobile use of media offerings. Beyond that, they will strongly drive the digitalization level of video production processes. Artificial Intelligence (AI) and analytics become key elements of smart content discovery with intelligent recommendation functionalities.

Linear and on-demand content will be equally important and will coexist peacefully. Video-on-demand will soon become mainstream in all population groups, at the same time linear TV remains significant. Especially live content such as sports and major events will preserve the high importance of traditional, linear television.

TV and video advertising will adapt to new formats and increasingly focus on personalized ads. Leveraging consumer data will enable stakeholders to hypertarget their ads and content, and thus maximize customer experience and value. However, the extent of targeted advertising still depends on regulation and consumers’ willingness to share their data. Advertising marketing will be something between a fully automated process and individual sales negotiations.

4- There will be moderate market regulation overall

Market regulation will be more moderate compared to the highly regulated media industry today. The lower level of regulation for online and mobile offerings leads to a reduction of the regulatory pressure for all market players, especially for the traditional media companies. In particular, lower regulatory pressure will lead to a higher level of freedom when it comes to cooperation between market players and concentration of media ownership. Net neutrality will continue to exist.

5- Advertising and direct revenues will remain most relevant.

Generating new revenue streams is rather difficult for the protagonists in the TV and video market. Innovative offers such as demand-based-pricing for content will not prevail to a major extent. In addition, consumer data has been only partly used to monetize. There are only a few new data driven revenue streams for broadcasters, as consumers show only a moderate willingness to pay with their data.

6- New and existing players will reposition along the value chain in a partly consolidated market.

The global media industry will be partly consolidated. Stakeholders will make use of strategic mergers, acquisitions, and alliances to strengthen their content quality and distribution capability. Moreover, numerous market players will shift along the value chain by expanding their businesses.

Broadcasters will focus on their core competencies but also occupy some other positions in the value chain. OTTs become more important in the future TV and video market, whereas tech players play a minor role. Looking at content production, both traditional studios and non-traditional providers will be part of it.

Artificial Intelligence video-on-demand will shape the future of the television and video industry in statements:

Producing: The AI video-on-demand as a new techniques of the Fourth Industrial Revolution and artificial intelligence will provide new tools to produce videos and television free content on demand to the target audience.

Researching: Artificial intelligence Journalism by AI video-on-demand will provide a quick and accrete research and producing content according to the preference of the previous audience without self-searches by the audience.

Selecting: AI video-on-demand will have the ability to select after searching in more accurately and quickly ways.

Saving: AI video-on-demand will have the tools to save the favorite content and the analysis of audience’s Big Data, according to the content of the videos or broadcasts, in an automated and easy-to-access way to the target audience in the future.

Comments and Feedback: AI video-on-demand does not work only on the production, research and archiving processes, but it will reach to the effective responses, where these techniques work to monitor the extent of satisfaction of the target audience and its feedback, as well as developing research and production operations according to the comments of the target audience.

How Can AI Help in Finding a...

In the First Book about “Artificial Intelligence...