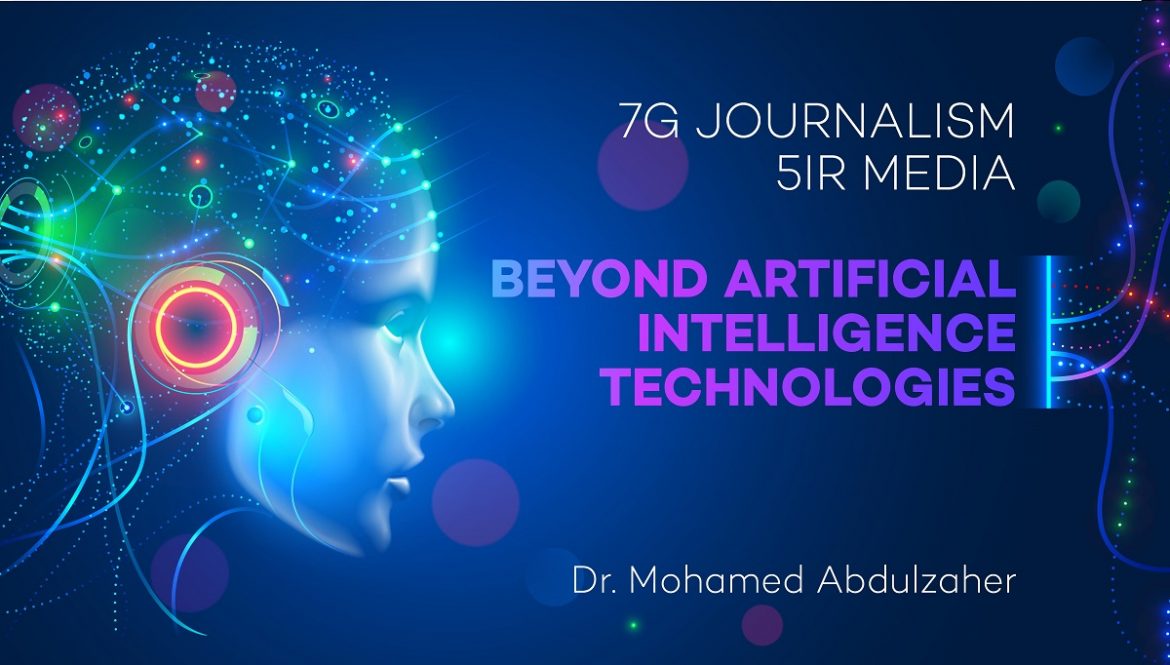 Dr. Mohamed Abdulzaher says : ” This is a new type of media comes later after the Artificial Intelligence Journalism era, where the 7G Journalism will lead the media revolution during the  rise of the 5th Industrial Revolution., which is expected to be started at  the fourth decade (2040).

Abdulzher has defined the era of 7G Journalism as: “A new era in  developing, upgrading and restructuring of the media industry fully compatible with the techniques of the Fifth Industrial Revolution, whereby media institutions disappear in their traditional form and turn into millions of information centres cover everywhere around the world,


7G Journalism  will be will be synchronized with the Seventh Generation networks that cover all point on the globe with strong free internet networks with no interruption, as well as the 7G Journalism relies on individual contributions and direct communications between people via  human microchips, where is no television and radio, news platforms, and nothing called smart applications.

Abdulzaher forces that the 7G Journalism will  replace all current media tools  by images and automatic content broadcast from central stations and multiple satellites, and operate via smart electromagnetic waves that are captured by the public through human microchips installed , and through the Internet of bodies, which will be the best way of communication at that time.

Abdulzaher added that the 7G Journalism will allow everyone to create, amend, edit and redistribute content   in an automated way without the need for censorship or limits set by governments.

1- 7G Journalism has the capability of forecasting  new and making the story  before it happens.

2- 7G Journalism relies on the technologies of the 7G networks, where it can cover everywhere in the  globe .

3- In the 7G Journalism era the sender  will have disappeared from the elements of the communication process.

4- 7G Journalism will help anonymous media organizations to play a significant role in the world.

“I expect the new era of the Fifth Industrial Revolution to begin faster   than previous industrial revolutions, as: The power of the human mind again, but with a full integration with machines and artificial intelligence technologies, the robot will become history, while an   absence of computers and smartphones, which will be replaced by human microchips.” Mohamed Abdulzaher added.

Hershey park is using artificial intelligence in response to COVID-19.

The US military is trialing augmented reality goggles for dogs