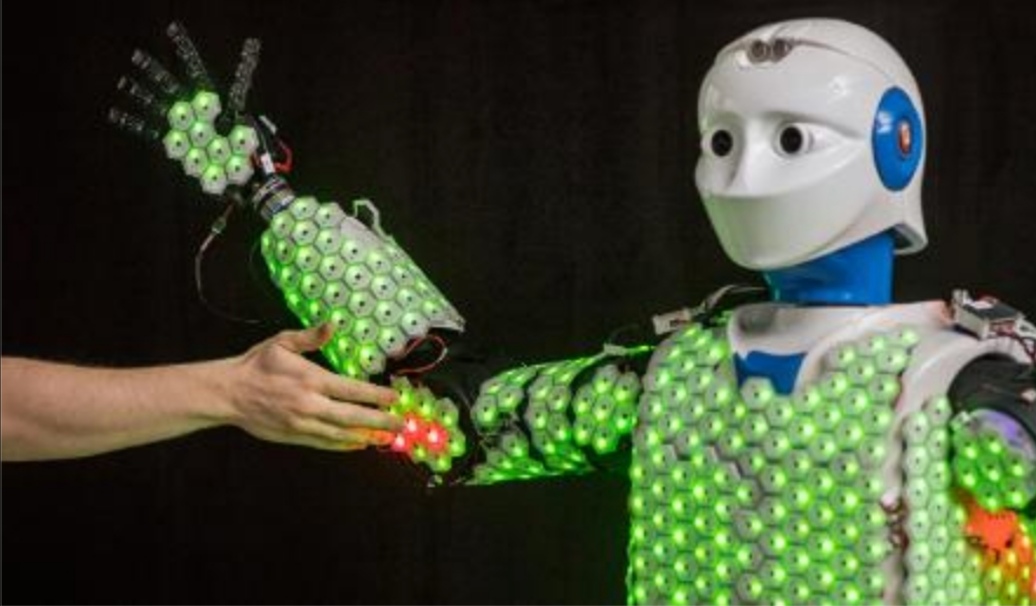 Scientists last month unveiled an artificial skin that enables robots to feel and respond to physical contact, a skill that will be needed as robots come in increasingly close contact with people, according to CNN.

To develop the synthetic skin, the researchers began by studying humans.
Each person has about 5 million skin receptors that register what’s happening on the body’s surface and send signals to the brain. But the brain can’t digest information from each one at the same time. Instead, the nervous system prioritizes new sensations.

Mimicking this, the team covered a human-size autonomous robot (known as H-1) with more than 13,000 sensors from shoulder to toe, that are able to detect temperature, acceleration, proximity and pressure.

The team is currently working on creating smaller sensor cells that could be produced in bulk.

Some scientists are skeptical of its scalability. The high cost of each sensor and its fragility is a major barrier for mass production, Etienne Burdet, a professor of human robotics at Imperial College London.

Artificial Intelligence Discussed in Masterclass in DPC with Google