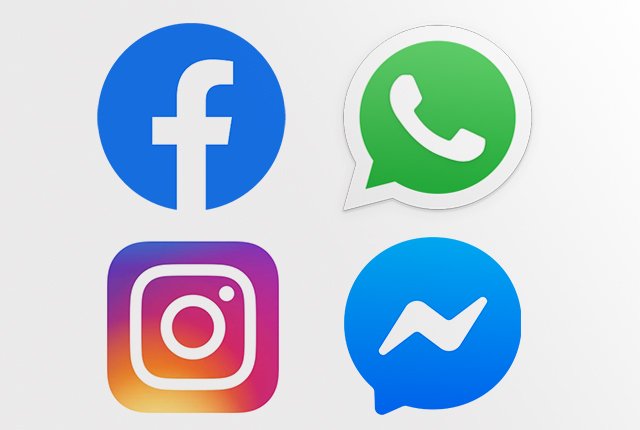 Yesterday, Social media users around the world were unable to access their platforms as Facebook, WhatsApp and Instagram all suffered from a global outage. Despite the reassurances that what happened was not a cyberattack, the outage revived the discussion about cybersecurity concerns.

Data showed that almost 50,000 people had reported the outages on Facebook. Most complaints cited issues with the website (72%), while others were with the server connection and the app.

The social media giant did not say what had caused the massive outage. But it likely was not a cyberattack. Noting that No one knows yet if users’ personal information was leaked during the outage, the possibility of a hack should be a reminder to people that the information we share online is vulnerable.

There are many theories about what happened. One of them is that a specific failure occurred between the company’s Domain Name and the Domain Name System (DNS).

In the websites, domain names like Facebook.com are just an interface to an IP address. When a user enters that name through their Internet browser, the domain name goes to the DNS, looks up the site’s IP address, and then appears in front of the user through parts of the second. The problem was that Facebook.com’s domain name, and the domain names of its other services, couldn’t communicate with the DNS.

As for Adam Leon Smith, a software testing expert, he said: “The outage is caused by changes made to the Facebook network infrastructure. Many of the recent high-profile outages have been caused by similar network level events. Also, the changes have prevented engineers from remotely connecting to resolve the issues, delaying resolution.

Regardless of whether the Facebook shutdown was because of a mistake or malice, it is disturbing that the temporary shutdown of one single company was able to affect so much of the internet. It shows us how fragile our internet ecosystem is!

However, the more we use connected technologies, relying on cloud computing and the Internet of Things, the more our cybersecurity risks increase.

The Facebook outage proves again how important cybersecurity is, for individuals, corporations, and for national and global security.

Nowadays, cyberattacks have become incredibly easy to execute. They can cost corporations in millions of dollars, also damage to reputation and brand.

Subsequently, thousands of users tried other digital platforms, such as Twitter and Telegram.Facebook shares also fell by 5.6 percent. According to the “Bloomberg” network, Mark Zuckerberg, the founder of Facebook, fell to the fifth place on the list of the richest people around the world, with a loss of $ 6 billion. But most of all, users ‘confidence has been shaken.

AIJRF and CertNexus have Tentative Agreement for Learning...