Top Posts
” Marketing Metaversers ” New Concept for Mohamed...
AIJRF launches Media of Metaverse International Research Group...
AI Race Heats Up With New Player Entry
Google and Other Giant SEOs, ChatGPT is Coming...
UAQU and AIJRF Sign MoU to Integrate Artificial...
Artificial Intelligence Virtual Friend, the enemy of traditional...
Future Curveballs Can Be Prevented With Metaverse Education
Everything You Need to Know About the AI...
It’s inevitable, no more Phantasmagoria, all acquiesce to...
AIJRF Organizes Monthly Seminar to Discuss Ideas and...
Home AI Applications Sit Tight; the Line Between Reality and the Metaverse is Getting Thinner
AI ApplicationsReports

Sit Tight; the Line Between Reality and the Metaverse is Getting Thinner 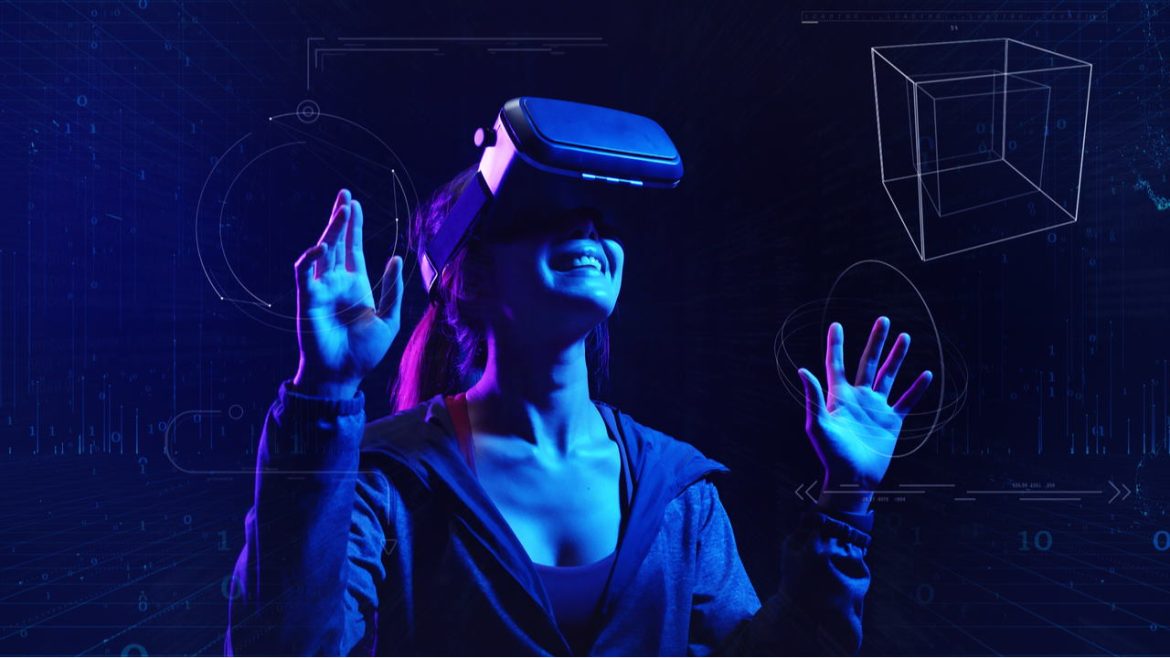 Washington D.C.(AIJRF)—Following the ongoing health, economic, global political tension, and the increase in security complications that humanity has gone through, the race has become fierce, to find ways or means that make humans do their work, study and easier to enjoy tourism.

Considering these variants, humanity become in dire need of ideas that facilitate the rotation of the wheel of life, without even having to leave home. One of these solutions was the shift to the virtual world in all fields to ensure life sustainability.

This is where the analysis of virtual reality development began, by mixing reality with virtual (VR) and augmented reality (AR), though; the metaverse.

Abruptly, talking about the metaverse was one solution that people may possibly use to overcome the consequences of his heinous deeds against the earth.

Therefore, in order to enhance this technology, making it mimic reality in all its meanings, a person needs to feel or touch what he sees in this imaginary world.

Metaverse is no more a pipe dream…

From this point, one of the most important technological achievements made by mankind, after the outbreak of the COVID-19, is the invention of the ‘tele-taste’ TV(TTTV).

Homei Miyashita, a Meiji University Japanese professor, has invented a television through which a person can taste food.

This ‘tele-taste’ TV employs a carousel of ten flavor canisters that spray together to generate a certain food’s flavoring. Next, the flavor sample rolls on clean film over a flat TV screen for the user to taste.

According to Miyashita, the aim of this experience is to give people the opportunity to taste the food at any restaurant in the world from their home, which will enhance the idea of merging the real and imaginary world together.

The professor worked with a group of students to produce different devices, with a different range of flavors, such as the fork that increases the tasting experience. Miyashita created this TTTV prototype, over the course of a year, and that a commercial version would cost around 100,000 yen ($875) to produce.[1]

Professor Miyashita began to communicate with the companies specialized in this field, drawing from his spray technology for products that can release different famous food flavors on plain food.

Moreover, Miyashita’s invention may turn into a project or a gateway to other ideas that make the line between reality and fantasy somewhat vanish.

Where it is possible to produce a spray technology for products that releases wind or even smell, which makes it easier for the user to interact with the metaverse world.

This initial invention, for now, with only ten flavors, soon, will include any food flavors, and human beings will be able to taste or smell from any electronic device.

There will be countless inventions that will support the idea of connecting and blending worlds; real, virtual, and augmentative reality. A day where it will be tough for an individual to distinguish between reality and fiction. For instance, attending schools in-person, but virtually, by using metaverse and add-on products.

After almost being out of woods, the struggle still on with new variant diseases, these kinds of innovation, such as TTTV and metaverse, will be the humanity forte against any future conflict.

Get to know the Best Artificial Intelligence Books in 2021

What Are the Risks of Using Artificial...